Arsenal vs Bodoe/Glimt: The Starting Lineup That Could Give Arsenal The Win In Tomorrow's UEL
Advertisement 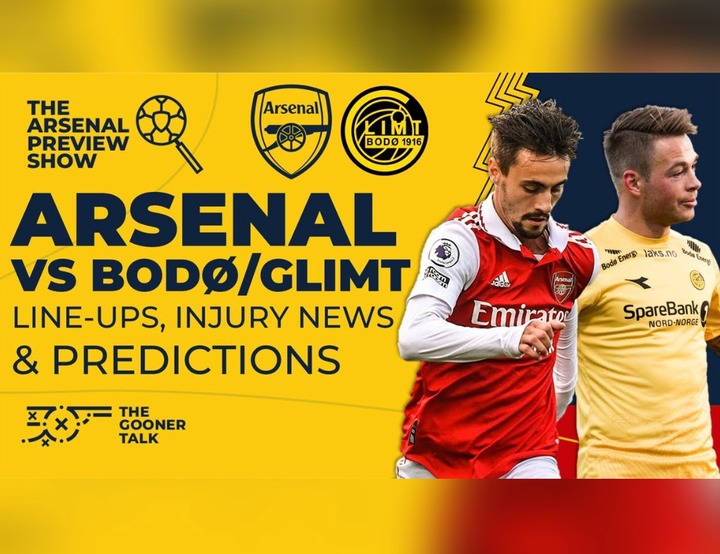 At the Emirates Stadium on Saturday, Arsenal defeated Tottenham 3-1 to maintain their good run. They have just suffered one loss thus far this season, and they now hold the top spot in the Premier League. They have only played one game in Europe, which they defeated Zurich 2-1 away from home. With six games remaining in their domestic campaign and a 15-point deficit to Molde at the top of the standings, Bodo/chances Glimt’s of winning the Eliteserien League seem incredibly remote.

Arsenal vs Bodoe/Glimt: The Starting Lineup That Could Give Arsenal The Win In Tomorrow’s UEL

Bodo/Glimt entered the Europa League after losing to Dinamo Zagreb in a play-off match that saw them eliminated from the Champions League, but they have performed admirably thus far in the competition, defeating Zurich and drawing with PSV on matchday one to take the lead in Group A. Bodo/Glimt are likely to struggle against Arsenal’s quality, especially with a modified starting eleven from the last match.

Emile Smith Rowe and Mohamed Elneny remain out with no new injuries to worry about for Arsenal. Reiss Nelson might play for the first time this season after coming off the injured list to sit on the bench for the weekend game. After sitting out the previous two games, Cedric Soares is scheduled to start. The team that defeated Tottenham on Saturday is likely to make significant adjustments, with Matt Turner replacing Aaron Ramsdale.

Advertisement
Related Topics:ArsenalBodoe/Glimt
Up Next