Los Blancos will be going into the game after their remarkable 2-1 win over the newly promoted Almeria in their opening game of the season, and they will be hoping to get another victory when they face Celta Vigo this weekend to continue with their perfect start.

Celta Vigo, on the other hand, will enter the contest off the back of their 2-2 draw against Espanyol in their last game, and they will be looking for a victory when they face Real Madrid to return to the winning ways.

Celta Vigo will play host to Real Madrid in their next Spanish La Liga game on Saturday, August 20, at Abanca Balaidos Stadium.

Real Madrid and Celta Vigo have confronted each other 38 times before in the Spanish La Liga and Los Blancos will be going into the next meeting with a superior head-to-head record of 26 wins to Celta Vigo’s 7 wins, while 5 out of their previous games ended up in a draw. 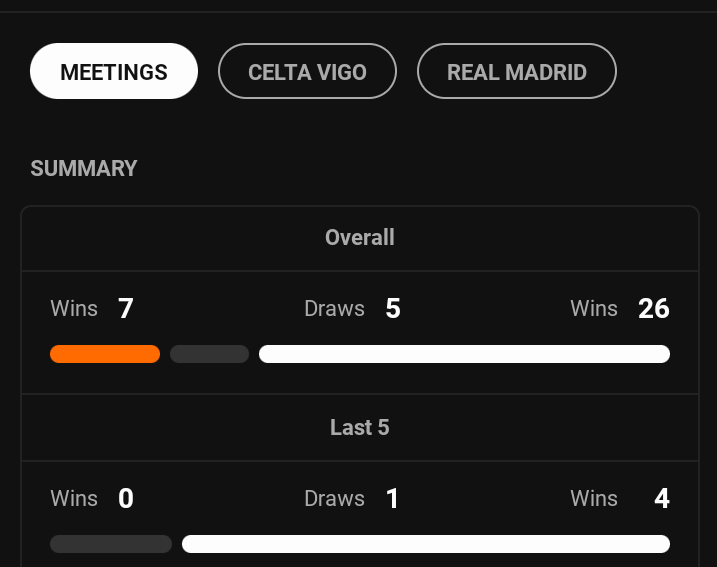 Real Madrid defeated Celta Vigo 2-2 the last time both teams met in the Spanish La Liga last season, can Los Blancos get another victory this weekend?