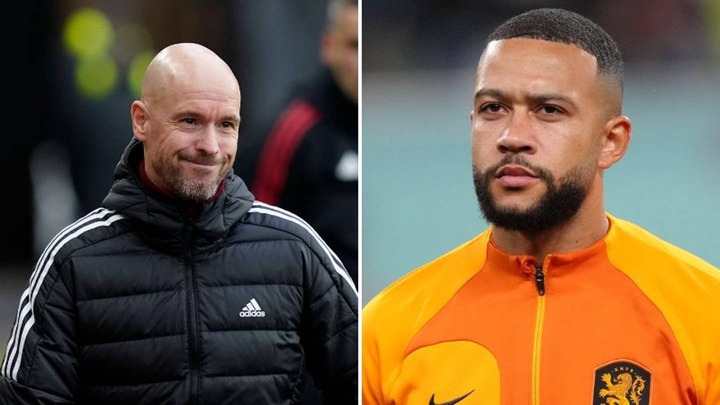 Manchester United target Memphis Depay is open to a return to Old Trafford, according to a report.

United have been limited in attacking positions since the acrimonious departure of Cristiano Ronaldo on the eve of the World Cup.

Erik ten Hag currently only has the in-form Marcus Rashford and injury-prone Anthony Martial capable of playing the No.9 role.

However, the club’s transfer plans have seemingly been scuppered by the Glazer’s attempts to sell the club and last summer’s £227million transfer spend.

In turn, United have been linked to a host of low-cost forwards. Bayern Munich’s Eric Maxim Choupo-Moting has been linked, as has former-Arsenal and Chelsea star Olivier Giroud.

Read Also  ARS VS LEI: How Arsenal Could Lineup Against Leicester City On Saturday's Showpiece

Another tipped to sign is former player Depay, now with Barcelona.

According to the Spanish publication Sport, Depay would be open to a return to United.

The Dutch striker has entered the final six months of his Barcelona contract, with the cash-strapped club prepared to part ways with the forward for a nominal fee.

In his 18 months at Barcelona, the 28-year-old has netted 16 times, though this term he has been blighted by injuries and even when fit struggled for game time.

And according to reports, Depay would be open to returning to United, despite a dreadful two-year stint there between 2015 and 2017.

The only stumbling block to a potential deal would be the attacker’s £176,000 wages at the Camp Nou, with the player expecting to be paid a similar fee if he were to make a Premier League return.

Furthermore, the Catalan giants would reportedly be expecting a £4.4million fee for a transfer.

Advertisement
Related Topics:BarcelonaMan Utd
Up Next