Manchester United beat Aston Villa 4-2 today to dump them out of the League cup. It was quite an entertaining game, with end to end action but the Red Devils just managed to edge out the visitors in a 6 goal thriller. Both teams named a strong lineup for the game, with players like Marcus Rashford, Martial, Garnacho, Douglas Luiz, Watkins and Bruno Fernandes starting. The first half of the game was not eventful, with both teams creating very little in the way of goalscoring chances.

In the second half, the goals started pressing in with Aston Villa scoring the first goal of the game. Shortly after that, Manchester United equalised. It continued like that and when it looked as if we could see a penalty shootout with both teams locked at 2-2, Bruno Fernandes and McTominay popped up to scored 2 goals to give United the win.

After the game, Marcus Rashford was named the man of the match by Sky Sports. 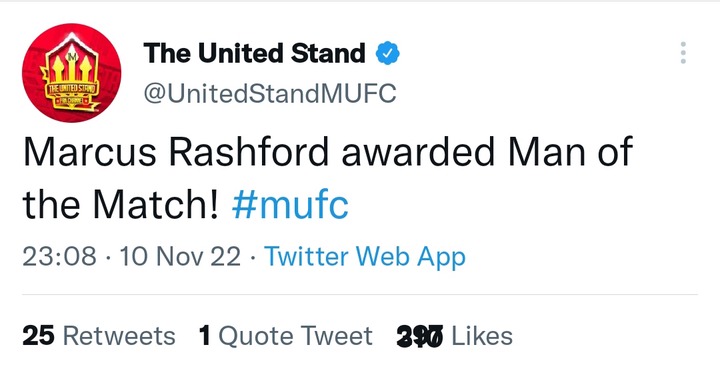 WOL VS ARS: Arsenal’s strongest starting 11 that could help them defeat Wolverhampton.