MUN vs ONA: Facts; Possible Lineup; And All You Need To Know About The Match
Advertisement

– Facts and important things to know about the match

Manchester United will be hosting Omonia Nicosia at the Old Trafford Stadium for the fourth round of the 2022/2023 UEFA Europa League tournament. The Red Devils are heading into this game after a 3-2 victory at GSP Stadium in the first leg.

Manchester United are currently in the second position in the group E table with six points after two games played. The Red Devils will qualify if they win the game and Real Sociedad beat FC Sheriff Tiraspol.

Omonia Nicosia, on the other hand, are sitting in the fourth place in the group E table with zero points. The Cyprus club will lose their hope of advancing to the next round of the tournament if they lose the game against Manchester United.

Harry Maguire, Donny Van de Beek, and Aaron Wan-Bissaka are all doubtful for the game against Omonia Nicosia. 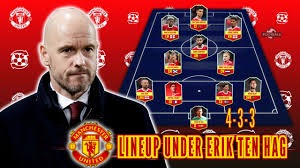 Opinion: Share your thoughts about these points and comment on whether Manchester United or Omonia Nicosia will come out victorious.

Advertisement
Related Topics:Man Utd
Up Next

UEL: Erik Ten Hag Reveals Why He Substituted Antony At Half-Time After Showboating