Paris Saint Germain are yet to lose a game in the 2022/23 Ligue-1. They have already won five and draw once in their first six ligue-1 games in the current campaign. Paris Saint-Germain beat Nantes 3-0 in their last night’s fixture. It was Messi who provided assists for Mbappe’s brace. However, the French Champions will kickoff their UEFA champions league campaign at Parc Des Princes on Tuesday against Juventus. Juventus are still undefeated in their last five games across all competition, they have two wins and three draws, while Paris Saint-Germain has four wind and a draw.

PSG will play their first UCL game against Juventus on their home on Tuesday 6th of September 2022 by 8:00pm Nigerian time. 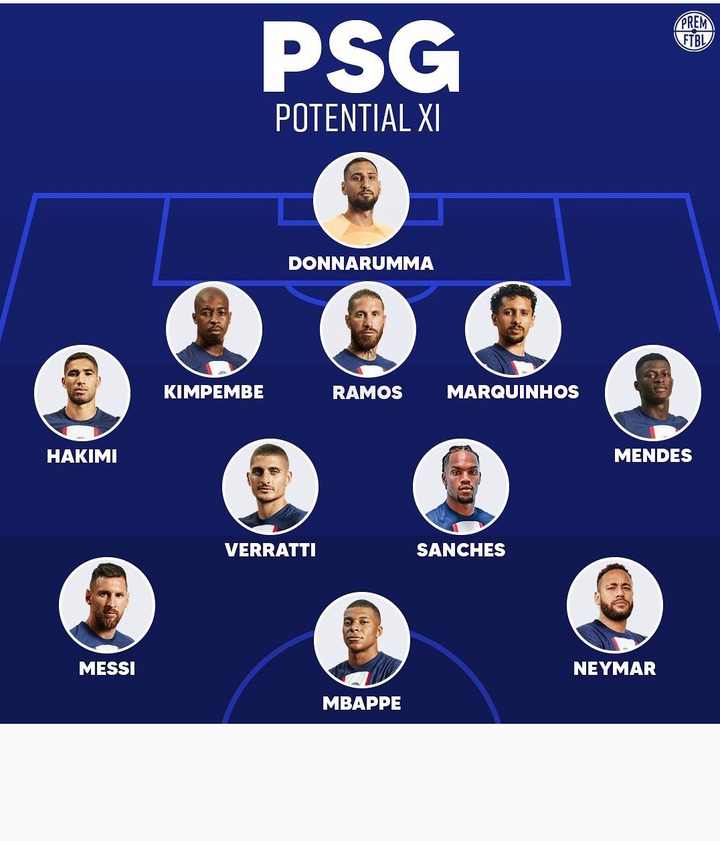 The starting lineup that could give Paris Saint-Germain the win against Juventus In the UEFA champions league.

Advertisement
Related Topics:PSG vs Juventus
Up Next